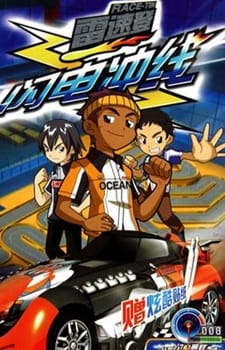 Plot Summary: Twin brothers Frank and Karl live with Uncle Charles when their parents are away. They go to school and meet Mike and Sally. They meet Sally, Norton and Mike and tell them all about R.C. Racing, but Karl tells that R.C. Racing is just babies games. Then after school, the guys go to the Race Tin club, and Mike races the duo. Karl fumbles with the controller buttons and Frank copies Mike and comes into second. After the race, Sally and his father arrive. They get to the car shop and analyze some cars. Mike tells them what R.C. Racing cars are like. He explains his car as an example, and he tells that the higher the level, the car will have to be modified with spoilers and new body kits. Frank and Karl Race Marco and later on Sword, continuing to race Tommy and Norton, onwards against Ocean, and they race Sword again in the finals.